Finding Myself Again In Rehab

Self
Written By Tendani Mulaudzi

This essay was reader-submitted for our Reader Essay Series on themes of motherhood, mental health, and personal transformation.

Content warning: This essay includes mentions of addiction and drug use.

I had no idea the first time that this was how it would be. My hopes and dreams crushed into a white powdery substance, ingested through the nose but cutting straight to the soul. “Blessing” me with a false perception of gifts, like confidence and connection. And taking. Taking. Taking.

Alcohol had yet to take its fair share from me, and so I was still under the impression that I was in control. How naïve of me to have such a thought. When I was offered that CD case decorated with perfectly cut lines of cocaine, I wasn’t aware of how much of an impact that decision would make on the rest of my life.

This is just for fun, I told myself, grabbing the rolled-up note without thinking of the consequences. “Fun” meaning: squandering potential, delusions, and eventual paranoia. If that was fun, then yes, it was fun I was having.

For a long time, I felt like I didn’t have to take responsibility for my own life. Things, good and bad, just happened to me.

School was an almost effortless task, and my marks were constantly above average without me even trying. I was awarded an academic scholarship to one of South Africa’s best private schools at the beginning of my high school career and graduated with a B+ average at the end of 12th grade. Six years later, I had two university degrees, which, again, I’ve never felt were particularly hard-earned. With the obvious intellect I possessed, I was surely destined for great things.

I couldn’t explain it, but I never quite felt like I was living up to my potential. I was trapped in a vicious cycle of constantly being able to brush my fingertips against the edge of success while not ever doing anything to properly grasp it, despite all the opportunities that were consistently flowing my way. I couldn’t hold down a job, which of course, was never my fault, and relationships hardly ever lasted with me. The blame, in my eyes, didn’t lie with me, and although there was never really just one person to point a finger at, the generalized “them” were often the ones to blame. When my dad tragically and unexpectedly died of cancer when I was 20, almost a decade ago, I had the perfect excuse to let everything fall to pieces.

Cocaine, combined with alcohol, proved to be the magic potion I was looking for. What started off as a “social” habit quickly turned into a monster that ruled over my life. Armed with the small inheritance that my dad left me, I spent almost every penny on my newfound obsession with being intoxicated. Over six years, I went from functional to anything but.

Eventually, my employer sent me off to my first rehab, then another one a few months later when that one didn’t work. The second facility didn’t quite do the trick either, and I ended up being known as a chronic relapser—in and out of institutions for the entirety of that year.

Arriving at my third rehabilitation center in October 2019 was my breaking point. I was 27 years old, single, and without a job.

“I’m wasting so much time in here,” I said to the rehab counselors trying their utmost to help me. My priorities were centered around the social pressures of the world; I urgently needed to find someone to marry, and excel in my career (journalism at the time), so that I could continue to have a false sense of achievement attached to my name. Deep down though, I knew that a long-term treatment center was my only hope.

The program was a minimum of six months, with the potential of an additional six months. The facility was located on an isolated farm in the mountains, a whole four hours away from my bustling home city Johannesburg. The managers of the sober house I was living in at the time brought me in. I had relapsed after a two-month period of sobriety.

I felt defeated and hopeless. This was so different from my private-schooled and privileged background; people gasped with surprise when I casually dropped which elite high school and university I went to in conversation. Having the word “addict” associated with my name felt like I was doomed to a life of stigmas and being undermined.

I never thought I could live a life without alcohol and cocaine. My personality depended on it. I felt desperately uninteresting and uninterested without my vices, but I was given no choice but to lean into my natural characteristics to build my self-esteem and see myself as a whole person, one without substances. I had no idea who I was without the externals on which I based my entire identity, which scared me.

I perceived the life I was giving up—the one as a social, well-connected journalist—as a sacrifice, albeit a sacrifice I would rather not have made. I couldn’t see the benefits of starting again, of getting back to basics, even though it was all in an attempt to regain control and work towards having a normal life, if not something greater. The gain of this experience would be so much bigger than anything I’ve ever known. Uncertainty and dread filled me as I couldn’t imagine living a life full of color and excitement while being sober and clean. Sobriety, in my very narrow-minded opinion, meant I was doomed to a boring and plain existence.

I would describe recovery as many things, but boring isn’t one of them. I would describe it as challenging, unpredictable, and difficult. My program consisted of living a functional lifestyle, complete with physical work, but that wasn’t even the hardest part. The hardest part was facing myself as I am and not as I wish to be, flaws and all. It was sitting with all the uncomfortable feelings I tried with all my might to escape, including the grief of my father’s death, which flooded out of me on his death anniversary four months after my admission. It felt like all too much most of the time, even my moments of pure joy could never be fully enjoyed because I so feared the crash I was sure would follow.

It didn’t feel like it then, but I wasn’t dying; I was blooming. The old and dried-up leaves consisting of appearance, ego, and what others thought of me were falling off. It felt terrifying because I was losing all I knew. The uncertainty of it all made it that much worse, almost as if I was feeling around in the dark in what I believed to be the least likely place where I’d ever find my version of gold.

Three years later, I’m still here, working as an addiction counselor with teenagers to whom I relate on unbelievable levels, far greater than they’ll ever understand. Because you see, I was once them. I entered rehab underestimating my strength to turn my mindset around, and in the end, I proved myself wrong in almost every regard. My goal is to show them that they can do this too and also embark on the difficult but most beautiful life of recovery and love.

Before my process began, self-criticism overflowed within me and distorted my version of reality. So I decided to try out loving myself. I started giving myself a pat on the back and a little credit when I achieved something. I affirmed myself with truthful statements about the kind of person I am. In that, I realized that humility meant that I had to accept that although I’m flawed, I am also okay.

I never thought I’d hit the point where addiction took hold of me and ravaged me as it did. But if it hadn’t, I wouldn’t be the person I am now. I can now call myself resilient and kind and funny without cringing from embarrassment and without the feeling that the words I speak are complete lies. I don’t know if I would have possessed this knowledge of myself had it not been for my battle with substances.

As Australian singer Meg Mac sings, “I didn’t want to get so low but I had to.”

Tendani Mulaudzi is a South African woman with a passion for telling stories that highlight her experiences. A youth addiction counsellor by profession, Tendani has been in recovery for three years. She is currently working on her memoir titled Black, Posh and Wasted, due for publication next year. Say hello on Instagram @tenzmulaudzi and sign up for her Substack newsletter: No Thanks, I’m Sober. 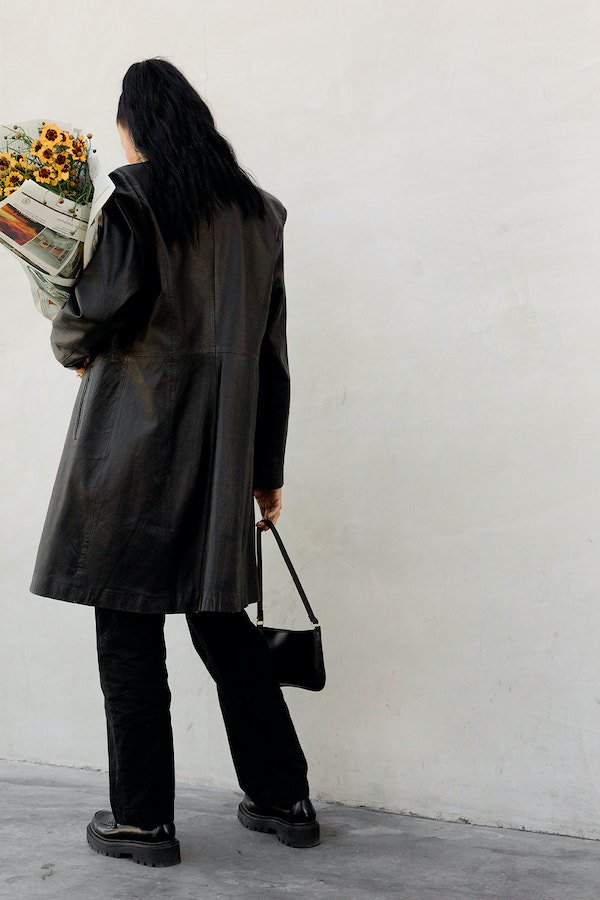 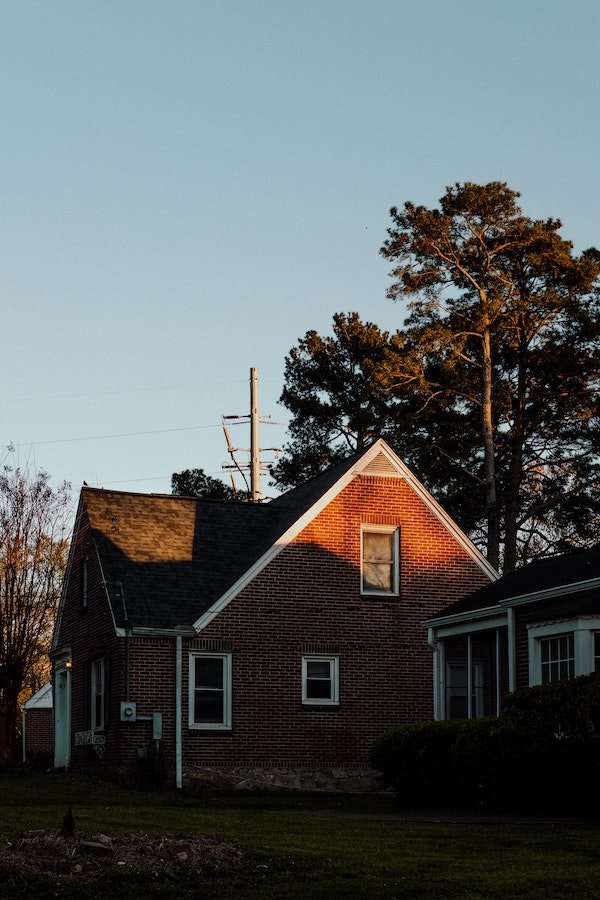 Self
Reader Essay: The Window Across The Street
Self
Self 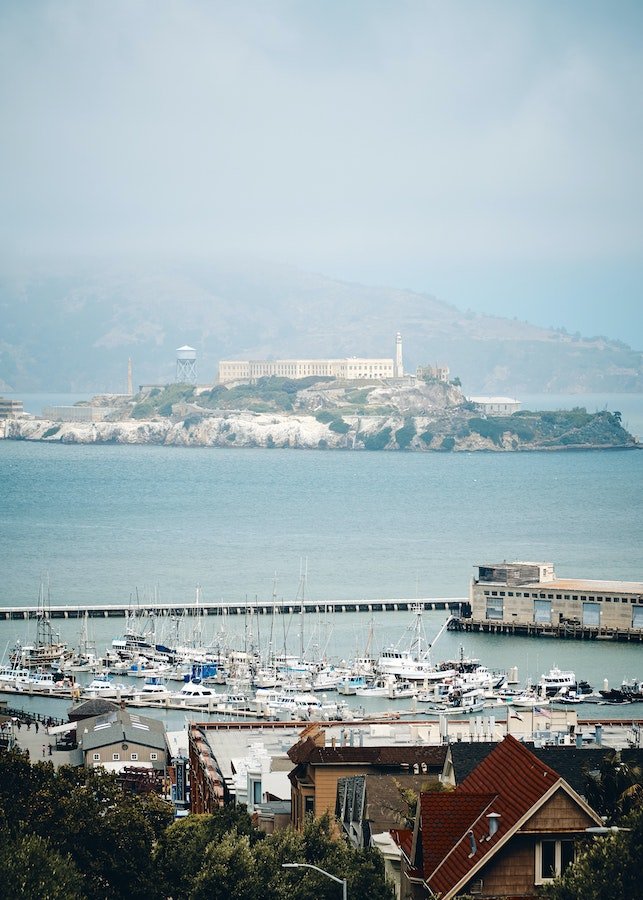 Self
Reader Essay: How Swimming Alcatraz Helped Me Overcome Anxiety
Self
Self 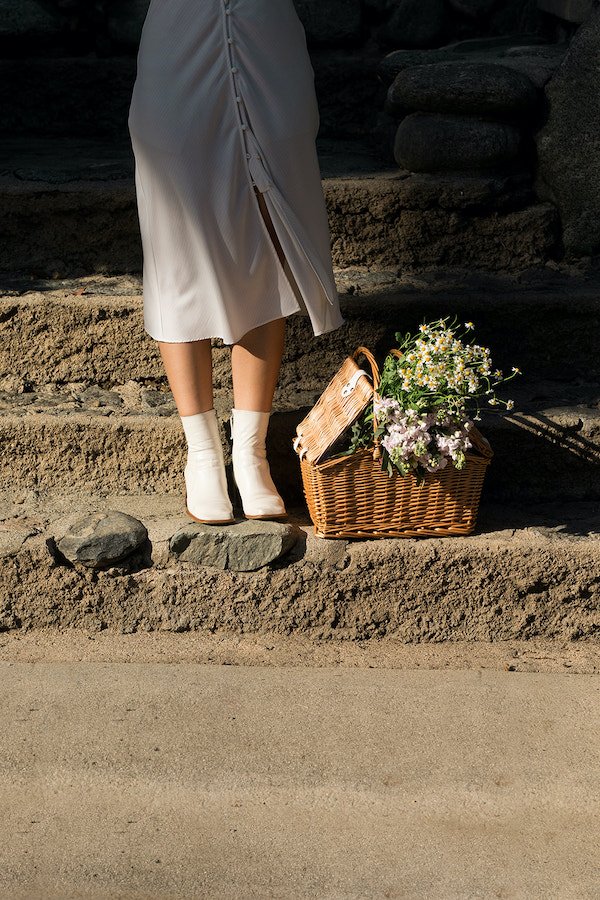